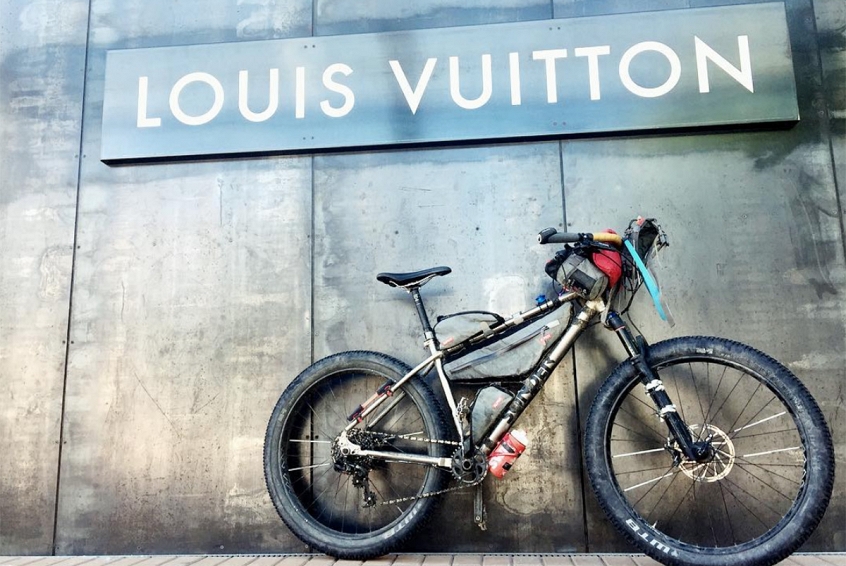 Life on the Broken Road Part 1 You have arrived at your destination. NEW ZEALAND. For a man that can’t sit still, 35 hours of flying and airports was an effort. Now to see what NZ has to offer.

The joy off setting off with all you need. Leaving the stuff you think you needed behind.  Within 5 minutes of hitting Nelson a guy pulls up and asks if I’ve got everything I need. A bikepackers code I was totally unaware of until now.

The Dun Mountain Trail. One of the most perfect single tracks I’ve experienced. Does that show how naive I am? Or can I recognise awesomeness when I see it? It started with a solid 800m unrelenting climb through dense forest but when you climb higher the forest gives way to a stunning vista over Nelson, the flora changes to prickly shrubs and feels baron. Once at the Coppermines saddle the hours of hard slog gives way to the most divine single track that never seems to quit. Dropping altitude cutting through pyracantha (fire bush) woodlands at every switchback you think this has to end but it continues. I had to stop several times just to take a breath and stop the vibration from my shoulders to my fingers. It was only as we approached the Maitai Dam, the home stretch on tarmac road did the heavens open and fully drenched us. I urge anyone travelling to this area to get on it and soak it right up.

The last few days have been so special. The Old Ghost Road was as wild as biking could be. But I don’t have the energy to write superlatives other then AWESOME!

It’s been wet… There is some benefit to this rain. The last few days I’ve ridden hard. The rain meant if I stopped I’d get cold, with no shelter I had to keep moving. This is the only way to keep the sandflies away too. Route 6 was a long and altogether bleaker kind of a road but always beguiling. Kilometres in New Zealand seem to be longer. It’s my understanding that some folk see that I almost relish in punishing myself, always pushing further then before. I see it as finding what my body and mind is capable of now. Years back I did the same but now it’s different. Endurance replacing where Adrenaline used to reside. There is always pleasure in pain, sometimes it takes longer to find.

Nb- I did also have to get to some wifi, that was in Haast. My mum was having another operation last night, I needed her to know that I was thinking of her before she went in and know straight away when she was ok. On the other side of the world felt like I might have well been in another planet. I got to Haast late in the evening with every place but one having a bed available. I parked my bike at the door, being a gent I let in two girls in before me. They too were looking for a bed, needless to say, fate took hold as they took pity on my sorry sad and soaking soul. I got a bed, wifi and found some new friends and mum is doing fine.

Drying out in Makarora after nearly passing out on the Haast Pass. Had the place all to myself! I showered and even had the privacy to preen my nasal hair, maintenance was urgent. So many funny little creek names I pass each day. I always look forward to seeing what creek is next! Been too wet to take photos that remind me of some folk though. Joe Creek is a mighty river! And I believe is named in direct relation to the state of my knees and elbow.

Sometimes, when the hills feel much tougher I like to imagine looking down on Earth and zooming in, like on google maps, and as I get closer I realise I’m exactly where I want to be, with who I want to be with, doing what I want to do. That’s a bit of perspective for you.

Travelling with all you need with no room for things you want, such as an extra warm layer, a dry jacket or even a pair of gloves.

Choosing to travel light, means travelling fast with less cursing on those uphills. Instead I curse the unseasonably fowl weather that the South Island is experiencing. Some say the worst in their lifetime. Though I try sometimes I can’t deny that I’m English, that I live in the Lake District where it can rain so hard it can rain indoors. But that doesn’t mean I have to like it. So I drag my soggy sad bones into the first place I know that has free wifi and cheap coffee. Unfortunately that place would be a heinous place that I would never be found in in the UK… the warm glow Golden Arches shine like a rescue beacon through the grey.

I feel ashamed to feel joy.

I’m messaging my friend Sam back in the Lakes, as a puddle gathers by my feet and the cleaner comes around several times to mop it up.

Hedging my bets, I contact a few backpacker hostels in the town, ‘full to the rafters’ was one reply but echoed by the rest. Stringing out this cuppa to last, Nick had opened up his home, greeting me with hot food and a warm and dry garage with Mattress on the floor. I couldn’t have been happier.

Just me and the old Holden tonight. I love how I don’t know where I’ll sleep from one night to the next! I spent two days there allowing time to wash everything I have, sometimes twice (paying particular attention to the padded merino underpants) I could explore a bit of the busy conurbation of Queenstown at my leisure. People watching mostly. I’d sit on a bench and soak up the vibe.

You’re never alone with a bike

It’s like a magnet. As I sit with the bike lent on the bench beside me. Strangers gather around the Sonder like a titanium icebreaker.

I am met with astonishment and envy (by other cycle tourers) by how little I have and how well it all fits.

Leaving Nick and his girlfriend Courtney’s garage in Queenstown for a heart wrenching ride through the Von valley. The beautiful vastness stopped me. I had to get off the bike and just soak it up. Emotions surged through me and I was close to tears. Lake Mavora gave me what I needed. A stunning view and two strangers that would share their steak, wine and stories of Patagonia and Argentina where they lived.

We chatted until our teeth chattered through the cold and dark.

I had lost my jacket that day. It fell of the rear pack. Not fixing it securely enough to cope with the 70km of dirt road. Again when you have everything you need, it’s becomes critical to keep it all. Taking a loss like that jacket was infinitely frustrating. I quietly cursed my stupidity until I was tucked up warm in my sleeping bag. So cosy was I that despite being woken up thorough the night with strange noises worryingly close to me, like tins being rattled around by a drunk. I didn’t open up my bivvy bag to peer in to the dark. It was only in the morning when I went to get my breakfast out of my bags that I knew I’d been visited by the dreaded Kea! A big and very cleaver parrot native only to these parts. It had ripped open my bag, tearing the zipper and helped itself to my scroggin, not content with the seeds and fruit it also had a go at one of my handlebar grips. Leaving undeniable evidence of its sharp beak.

Carry on reading Part 2 of Life on the Broken Road

Life on the Broken Road Part 2

Grace in name and in nature