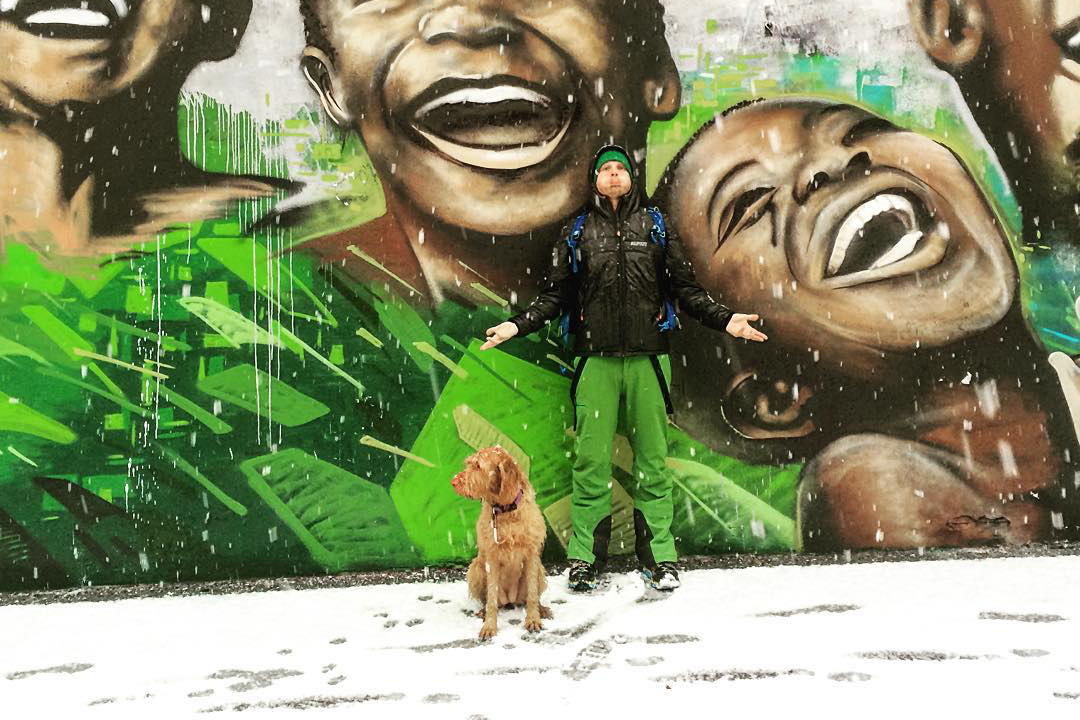 A one time excitement enthusiast – a 40m fall in 2011 whilst climbing changed my life completely. I champion the maxim ‘Healing through Happiness’ and I’ve spoken to audiences about how I thrived through the life changing injuries that resulted after my fall.Now passionate about raising money for Mountain Rescue, the organisation that once saved mine and many others lives.

2011 – 40m climbing fall in the Lake District. By some miracle I didn’t die but was left with serious lasting injuries to my right arm and leg.

2012 – Rode a recumbent trike 350km from coast to coast with a broken leg. Raised over £3500 for Wasdale Mountain Rescue. Back to Hospital for the first of two frames I’d be in for a year.

2013 – The frame year, much of which was spent with an Ilizarov Frame in the continuing attempt to repair my right leg. Competed in the para triathlon championships in Liverpool. Rode 1000km in two weeks from the lowest point in the UK to highest and released the award winning short film, Little Chamonix.

2015 – Post Ankle fusion, I rode from Little Chamonix in Keswick to Chamonix in the French Alps, crossing 5 countries (via the Alpkit Big Shakeout) in 13 days, the highlight of which was a non-stop ride from Strasbourg to Chamonix through Switzerland overnight, a distance of 390 km in 30 hours.

2016– Ran my first and last marathon (I had been told I would never run again). Organised the third annual ‘Long Day in the Saddle’ cross country bike ride: 1 day 120 miles, encouraging those who don’t think it’s possible, make it possible.

2017– I took the new Sonder Broken Road out to New Zealand and bike packed my way through the islands. Riding over 4000km, discovering a beautiful country and the beautiful people that live there. Read about my adventures here on the Alpkit Daring Deeds page

Check out my Joe Blogs page or Alpkit